PRESENTATION OF THE BOOK OF THE POET UMEED ALI 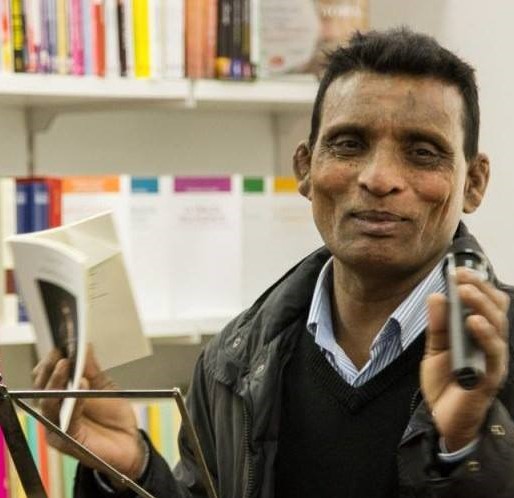 Energy for Human Rights ONLUS is pleased to invite you to the presentation of the book “Interior Budget” by the Pakistani poet Umeed Ali, to be held on Tuesday 5 December at the headquarters of the association in via degli Equi 45 (San Lorenzo) in the presence of the author .

During the evening an aperitif will be offered.
Do not miss!

UMEED ALI
Umeed Ali was born in the city of Khushab, in the Punjab region of Pakistan, in the year 1961.
He went to high school and started writing as a writer in his homeland. During this period he wrote his works in three languages: Ardu, the country’s national language; Saraiki, and Punjabi, speak in its region.
The compositions are poetic and narrative in character and are inspired both by religion and the intimate aspects of life, and by social and cultural themes.
A poem of his, dedicated to the figure of the politician Zulfiqar Ali Bhutto (former prime minister killed during a past regime, father of the ex premier Benazir Bhutto, who was killed in 2007), was presented at the Pakistani embassy in Rome in 1989, in the presence of the former minister Begum Nusrat Bhutto.
Umeed Ali arrived in Italy over twenty years ago, and has lived there almost always. He initially learned the Italian language through use; he then perfected it with studies at various Italian schools.
From August 1995 he started writing in Italian.
This collection contains some of his works. His desire would be to continue writing and make himself better known in Italy.
After a first publication, now, with the addition of some new verses, Umeed has re-edited his collection of poems and songs.
Umeed Ali is still in a position to greatly appreciate your kind interest in the possible promotion and support of his works.