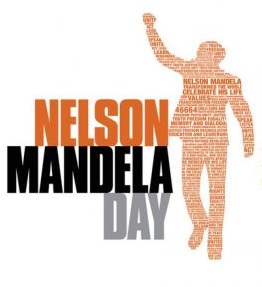 On Tuesday 18 July, on the occasion of Mandela Day 2017, several associations belonging to the ForumSaD Network, including the Benny Nato Center, Energy for human rights, Engim, Rights to the Heart, Arcs and other associations that are gradually joining (including the ‘Ass. Antonio Cotogni), have come together to create an initiative that is at the same time reaffirming the message of Nelson Mandela and commitment to the issues of human rights, solidarity and non-discrimination.

We would like to reaffirm together not only the message of the Nobel Peace Prize Nelson Mandela, but also the commitment against apartheid and discrimination and solidarity with vulnerable people today, in the presence of ambassadors, institutions, Roman associations and citizens. The initiative will be called Mandela Day 2017 “Act, inspire change, make every day a Mandela Day”, because, as Nelson Mandela reminded us, “We can change the world and make it a better place. It is in your hands to make a difference. “

The initiative will take place at the Casa della Partecipazione in Via dei Sabelli 88 / A (San Lorenzo district) from 18:30 .

PROGRAM
After the screening of a short documentary on Mandela , the ambassadors present (at the moment confirmed the ambassadors of South Africa and Senegal ) and the associations that deal with solidarity and commitment on human rights.
There will be a photographic exhibition and will close with a short musical intervention by the Ass. Antonio Cotogni with the violinist Valeria Modica and the reading of African poems.
An aperitif will be served during the event . On this occasion, the President of the Municipality of Rome 2 and the Mayor of the Municipality of Fiastra , hard hit by the earthquake last year, will announce a “Friendship Pact” and solidarity commitment between the two communities.